We regret to announce the unexpected death of Bill Harrington on August 25, 2021. Bill was an outstanding attorney and valued friend. Bill was the beloved husband of Janette (Robinson) Harrington, and the devoted father of William T. “Billy” Harrington, Jr. of Sterling, VA, Jacqueline M. Harrington and Charles “Grady” Harrington of Hingham. Here is a link to Bill’s obituary. 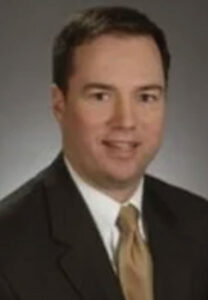 Bill’s practice concentrated on employment law and business litigation. He regularly defended employers from discrimination, harassment, retaliation, and wage and hour complaints; advocated for departing executives in the negotiation of severance agreements, in the defense of claimed violations of non-competition and nondisclosure agreements, and in the pursuit of wage claims on their behalf; counseled employers on hiring, firing, and classification decisions; drafted employee policies, handbooks, and contracts on behalf of employers; and represented businesses in a wide range of business and commercial litigation.

Bill was a 1989 graduate of Boston College where he majored in history. He graduated from Suffolk University Law School in 1993 near the top of his class and was an editor for the Suffolk University Law Review. Following graduation, he served a one-year judicial clerkship for Associate Justice Joseph R. Nolan of Massachusetts’ highest court, the Supreme Judicial Court of Massachusetts.

Bill gained extensive employment and business litigation experience as an associate at two mid-sized Boston law firms and have represented a wide range of businesses and individuals in varied and complex litigation.

Bill also served for several years as an Assistant District Attorney for Norfolk County. As an Assistant District Attorney, Bill gained invaluable experience conducting many jury trials and jury-waived trials. While a prosecutor, Bill also worked on numerous appeals, drafting briefs and arguing many times before the Supreme Judicial Court of Massachusetts and the Massachusetts Appeals Court.

Since 1998, Bill co-authored a legal treatise, Federal Civil Practice, which is part of the “Massachusetts Practice Series” published by Thomson Reuters. It was first published in 1998, with a new edition published in 2008, and with pocket-part updates published every year. The book focuses on civil practice and procedure in the United States District Court for the District of Massachusetts.

Bill was a member of the Massachusetts bar since 1993 and the bars of the United States District Court for the District of Massachusetts and the First Circuit Court of Appeals since 1994.

He lived in Hingham with his wife and three children and was a member of Hingham’s Community Preservation Committee.

Business Litigation – Representing businesses in a wide variety of business and commercial disputes.

Executive Advocacy – Advocating for departing executives in the negotiation of severance agreements, in the defense of non-competition and nondisclosure agreements, and in the pursuit of wage claims.

Wage & Hour Litigation – Representing both employers and employees with respect to claims asserting violations of the Mass. Wage Act, the FLSA, and related statutes.

Insurance Defense – Retained by insurers to represent employers and other insureds in defense of employment and civil rights lawsuits.